Towns in Dorset And Somerset 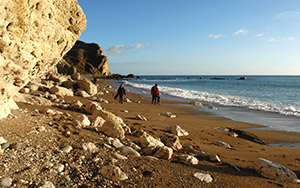 Once the stomping ground of prehistoric beasties, the Jurassic coastlines of Dorset and Somerset are fascinating. As the cliffs slowly erode new fossils are delivered to the beaches, so keep your eyes peeled for fossilised treasures. 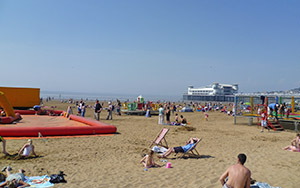 The Somerset coast has something of everything, with sandy beaches for bucket-and-spade family fun ...head to Weston-Super-Mare, Burnham-on-Sea and Minehead..., harbours and picture-box pretty seaside villages, and a Jurassic coastline for adventurers and explorers. 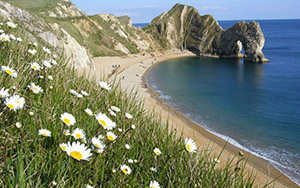 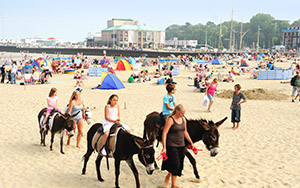 Dorset is home to two of England’s best seaside towns. Bournemouth has miles of award-winning beaches and plenty of buzz. Weymouth has an impressive Georgian seafront with views of Jurassic coastline - hire a deckchair and enjoy. The vibrant Old Harbour is one of the most picturesque in Europe - look for the alfresco restaurants serving freshly caught crabs, lobsters and sea fish. 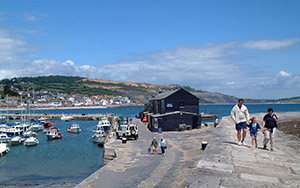 Some of England's prettiest villages can be found along the Dorset coast, with Lyme Regis, Abbotsbury, West Lulworth, Milton Abbas and Cranborne Chase among our favourites. For a spiritual experience head to Glastonbury Tor which rises from the Somerset Levels. At its base are the ruins of Glastonbury Abbey, which is said to be the resting place of King Arthur and his Queen, Guinevere. 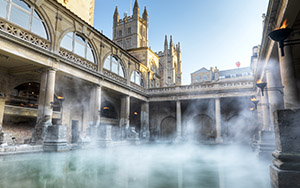 Somerset’s two main cities offer a contrasting choice for day trips. Bristol is an ancient city with a very modern feel and vibrant atmosphere, while pretty Bath is a World Heritage site with historic buildings including the incredibly well preserved Roman Baths that sit on top of a natural hot spring. 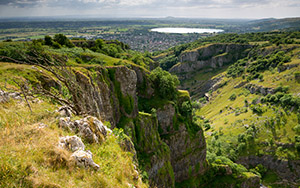 For walkers in Somerset, there are fantastic routes including the Quantock Hills, Exmoor National Park and the limestone Mendip Hills. If you enjoy the taste of Britain's most popular cheese, head to Cheddar Gorge at the northern edge of the Mendips and discover the traditional manufacturing process, with cheese still being matured in the gorge's spectacular caves.