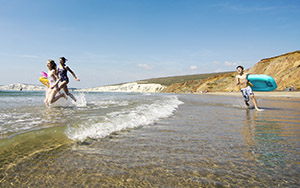 Dinosaur Island, the UK's Holiday Island, Adventure Island… the Isle of Wight is a favourite of visitors for many different reasons. 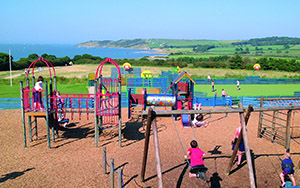 Thorness Bay close to Cowes has a countryside setting with a path leading to the nearby bay. Landguard and Lower Hyde are both on the island's east coast, close to Shanklin, where there are wonderful golden beaches. Both parks have outdoor pools and Landguard has an indoor option too. Nodes Point in Ryde, on the south coast, has beautiful views, an indoor pool, adventure playground and horse riding for tots. 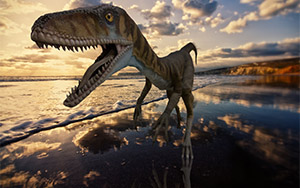 Download the Dinosaur Island Trail app to find out more about the fossilized remains of six giant beasts who were discovered on the island. There's also an Island Coaster bus route taking dinosaur fans to each location. 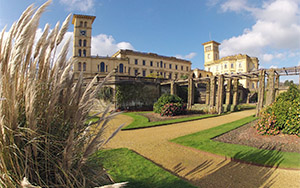 Osborne House was the holiday home of Queen Victoria, Prince Albert and their nine children. You'll see sumptuous staterooms and family rooms where the royal brood relaxed together. The ‘Childhood at Osborne‘ exhibition looks at how the young royals played at Swiss Cottage, a full-size ‘Wendy house‘ in the grounds of the main home. Visitors can now head down to the private beach where the Queen once swam and sunbathed. 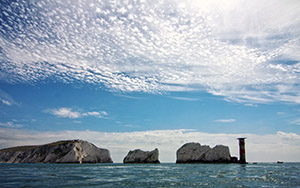 Perhaps the island's most iconic view is of the chalk towers known as The Needles. See them from the spectacular chairlift that starts at the top of Alum Bay cliffs and drifts down to the coast. Needles Park is also home to a Jurassic golf course that features nine-holes surrounded by imaginative water features.

A day in Yarmouth 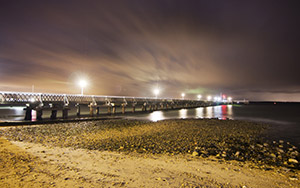 Explore the narrow streets of Yarmouth and discover a port town that is filled with stylish shops and galleries and home to some of the island's oldest architecture, including a 16th century castle. When the sun comes out, visit nearby Colwell Bay for views across the Solent to Hurst Castle on the coast of Hampshire. 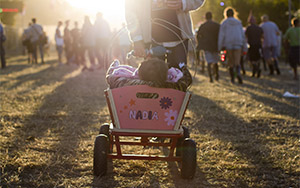 The annual Isle of Wight Festival in June has a star-studded line-up with the Stones, Bowie, Springsteen and McCartney among past acts. For something more eclectic, try Bestival in September, when peace, love and dancing lead the way. 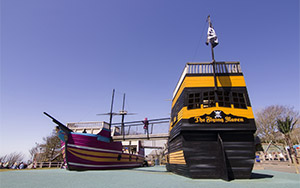 At more than 170 years, Blackgang Chine is the UK's oldest theme park. With popular attractions including Dinosaur Land and Restricted Area 5, visitors will come up close to dinosaurs of all types. The Train Story Discovery Centre at the Isle of Wight Steam Railway is packed with interactive activities and fascinating displays that bring to life the locomotives, carriages and wagons that date back to the island's first railways.